Why Your Auto Reimbursement Plan Needs a Standardized Vehicle

Paying an equal car allowance or mileage rate has long been the norm. But today's economy requires a different approach. It all starts with a standardized vehicle.

In theory, paying an equal, standard allowance or an equal mileage rate makes sense. It's easy to understand, easy to administer, and seems fair. Often companies just use the published IRS business mileage rate to calculate reimbursements and leave it at that.

But over the past few years, major shifts have occurred in the needs and expectations of employees who drive a car for work. The business costs of a work vehicle have fluctuated rapidly, affected by a number of major forces:

Each of these forces has exacerbated in some way the existing shortcomings of plans that pay an equal allowance or rate.

For companies that operate nationally or across multiple regions, paying an equal allowance or rate creates inequalities between employees due to variations in localized costs of fuel, insurance, maintenance, and taxes. A $600/month allowance may be fine in one state but not another.

A driver who covers a high-density territory may not drive as many miles as a driver with a large, low-density territory. Yet that first driver may accrue expenses at a faster rate due to high city costs and inefficient driving. An equal mileage rate cannot bridge this gap, since the reimbursement is entirely based on mileage. Often high-mileage drivers are over-reimbursed by an equal mileage rate, while low-mileage drivers are under-reimbursed.

3. Standard rates do not track with cost volatility.

The volatility of fuel and insurance costs in recent years has not often triggered changes in reimbursement methods. Many companies continue to pay the same allowance or use the IRS rate, which is derived from average costs and unresponsive to rapid changes. During the pandemic, some companies suspended car allowances, while mileage rates generated very low reimbursements due to little-to-no mileage reported – though employees still incurred fixed costs of underutilized vehicles (e.g. insurance, depreciation, taxes, fees).

Often, employee perceptions of whether a car allowance or mileage rate is fair are primarily driven by what kind of vehicle they choose to drive. Someone who drives a full-size pickup truck may constantly feel under-reimbursed relative to costs, while someone who drives a Prius may be totally fine with the current reimbursement rate or allowance.

The fact is, to address the variations in expenses experienced by employees and to stay responsive to cost volatility, you need an "unequal," or flexible, reimbursement rate – an equitable rate that factors in the variations and fluctuations in costs.

This approach is more complicated than simply paying a standard allowance or mileage rate. That's where the standard vehicle comes in. By calculating reimbursements based on a standard vehicle, you remove one area of complication (vehicle choices) and establish a sustainable, cost-effective basis for equitable reimbursement. Points to consider:

1. A standard vehicle removes the argument that the car allowance or reimbursement is not enough.

You may have employees who complain that the current allowance or rate is not enough. And they may be right. Or they may be using a vehicle that is particularly expensive to own, insure, and operate. By building your reimbursement off of a specific company-selected vehicle that is reasonable for the job, you treat all employees equitably, regardless of what they choose to drive.

An equitable rate plan requires reimbursing employees individually, but that does not mean calculating rates based on the actual expenses of each employee. That is time-consuming, plus it smuggles employee vehicle choice into the equation. By starting with the cost data for one specific vehicle, you only have to apply that data to location and mileage amount, simplifying the process of rate calculation.

The Achilles Heel of a standard car allowance is taxes. Switching to a non-taxable plan saves both the employee and the company. But the most popular non-taxable plan, paying a mileage reimbursement at the IRS rate or less to all employees, can get costly because it over-reimburses many employees. Standardizing the vehicle instead of the rate allows you to save money on taxes while avoiding the added costs of a standard mileage rate.

Adopting a standard vehicle is the first step to a defensible auto reimbursement plan. By treating employees equitably right off the bat, you set the company up to generate flexible rates that never under-reimburse employees and deliver a quantifiable reimbursement that meets the requirements of even the strictest labor law (like California Labor Code, Section 2802).

5. A standard vehicle allows for a more transparent rate.

One of the biggest shortcomings of standard car allowances and mileage rates is that there is no transparent way to explain why the rate is set where it is. Though sometimes seen as the "gold standard," the IRS business mileage rate cannot be transparently tied to employee expenses. This is because it is based on average vehicle costs nationwide and average mileage (usually somewhere around 15,000 annual miles driven).

How to use a standardized vehicle to generate car reimbursements

By offering a flexible, equitable reimbursement, you are sending a message of fairness to employees. You are saying that you care about their costs and that, if an employee wants to drive something bigger or smaller than the standard, then they can – but you are not going to subsidize their costs.

This creates a fair situation both for the employees – they get a transparent rate that addresses their costs – and for the organization – the new flexible rate is cost-effective, sustainable, and defensible. The hard part is setting up the program and calculating the new rates. But with the right data, it is quite doable. In our next post, we'll explain how to go about setting up this kind of reimbursement plan.

Or you can begin the process right now by following the link below. 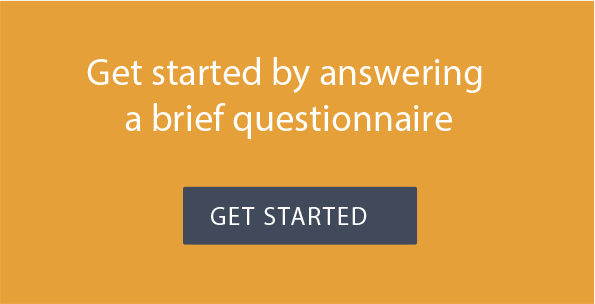 Why Every Employer Should Pay Attention to Employees’ Car Insurance

How to Create a Vehicle Reimbursement Operating Budget

Three Alternatives to a Company Car